Understanding the phenomenon that is K-Pop: the parent cheat sheet

If you, like so many of us, are still perplexed about Squid Game and its unprecedented popularity, understanding the phenomenon that is K-Pop (aka ‘Korean pop’) might help make it a little more understandable.

K-Pop is a genre of music that has taken the world by storm.  If you want to surprise your screenager with some superpower parent knowledge, we thought we’d give you the low down on K-Pop.

Born in South Korea, K-Pop has been cleverly designed to earworm its way into most tween and teen souls. It is bold and catchy and unique and filled with clean-shaven boy bands, gorgeous girl bands, great messages, and very catchy tunes.

Here are some facts about K-Pop that make it so appealing:

Asia has always been the leader when it comes to the arts and graphics scene. One of the things K-Pop does so well is creative use of costumes and colour in music videos. Use of effects, make up, outfits, and everything else, are always in service to a greater theme and vision. If you don’t believe us, just check out this video from one the favourite K-POP groups ‘TVXQ’.

Standout hair, costumes, healthy self-expression and interesting personalities all attract huge attention in tweens and teens looking to develop a differentiated sense of self. (This is appropriate so it’s pretty cool if they don’t go looking in some of the rap spaces that are promoting drugs, violence and revenge – but that is a post for another day).

Compelling stories that accompany the music is also very engaging for tweens and teens who identify with love lost, regained and all in between.

BTS, probably the most popular of all the K-POP bands started a hashtag movement #loveyourself campaign. It is positive,  happy making stuff where fans individually and collectively started commenting on aspects of themselves that they love. As Min Yoongi, one of the members from BTS said: “There will be a day where you understand and love yourself. It may not be today but one day you’ll find true happiness in yourself.  A big change from the messaging teens are used to getting from fans that often leave them feeling despairing, less than and inadequate.

Choreography is another area where K-POP artists dominate. Groups perform routines which are complicated and challenging.  K-POP artists are well-known for performing these routines live – proving they are truly skilled. Our kids respect this!

Finally, K pop has a tendency to put forward highly talented groups with hugely original marketing concepts. For example, Exo is an unbelievably successful boy band based in Asia. The band is made up of two groups – Exo K and Exo M. Exo K performs and promotes the band’s music in Korean, while Exo M does the same for in Mandarin. This unique approach to music is discussed by our teens who understand the marketing potential of this strategy and instead of just loving the music, they have regard for the thinking that comes with the music.

It must be said that while there are huge fans bases out there, K-POP also has its haters. No surprise that it is an all or nothing love affair with teens. So, some quick conversation starters to find out where your screenager lies and of course earn you some street cred in the process. Here’s to your parent screen-super prowess!

3.           What do you think the spread of Asian music across the world does to make the world a more tolerant place.

4.           The BTS campaign #loveyourself reached millions and millions – how do you think this hashtag is different to the #metoo movement? 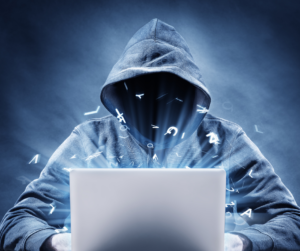 Victory at last! 1-0 against the cyberbullies: Cybercrimes Act officially in effect in SA!

Important sections of the long-awaited Cybercrimes Act are officially in effect in South Africa  But what does this mean for your child and for you as a parent? We have decoded some of the most relevant implications for you in plain language…

Facebook and the Metaverse Makeover: Should you care? (And will your teen even notice?)

This week, our friend Mr Zuckerberg announced that Facebook is now going to be called META (a derivative of the word “metaverse.” And while your initial thought is definitely “Kids think Facebook is just for old people, why would they care?,” there are some important reasons why you should care, and why the move to the metaverse has interesting implications for our relationship with our screenagers. 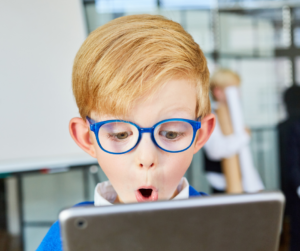